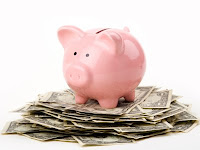 While the need for long term financing is met by the capital or financial markets, money market is a mechanism which deals with lending and borrowing of short term funds.
So let us start with defining money market.
The money market is a market for overnight to a short term period, and for short term money and financial assets that are close substitutes for money. (Taken from M Y Khan, Indian Financial System, Tata McGraw Hills)
But what does a short term or close substitutes of money means? Let us first understand these terms.
Short term in the Indian context generally refers to a period up to one year.
Close substitutes for money includes those financial assets which is liquid, i.e. which can be quickly converted into money, with the minimal transaction costs and without loss in value.

Thus, money market is that segment of market which enables firms to raise short term funds for meeting the temporary shortages of cash and obligations, and temporary deployment of excess funds for earning returns.

Interest bearing Instruments which pays a particular rate of interest also called coupon rate. Ex. Certificate of Deposit (CDs) will have coupon rate of say 11% which means that 11% interest will be given on the face value.

Discounted Money Market Instrument which does not pay any interest but trade at a discount to their face value. For example Treasury Bills are issued at price Rs.90 against their face value Rs. 100. Thus Rs. 10 is the Discount. So the investor earns a spread of Rs 10.  Now, we will discuss few of the money market instruments.

First we discuss the Discount Instruments.
Treasury bills or T-bills are basically instruments of short-term borrowing by the Central Government of India through auctions and maturing in less than one year. They are issued at a price lower than their face value and repaid at par. The difference between the issue price and maturity price is the interest receivable on them and is called discount. They are available for a minimum amount of Rs. 25000 and in multiples thereof.
In this definition, terms like face value and maturity have been used which might confuse a novice.

Face Value is as simple as the value written on the note. In case of just discussed T-bill it is the amount paid to the Instrument, T-bill holder at maturity. It is also known as “par value” or simply “at par“.

Maturity is the date the borrower must pay back the money he or she borrowed from the investors through the issue of a bill.

For a better understanding of T-Bills let us take an example.

A 91- days T-bill is auctioned on Wednesday. Thus this T-Bill is issued for a period of 91 days and will be redeemable after 91 days. Now if suppose face value of a T-bill is Rs. 100. It will be issued at a price lower than the face value. Let us suppose it is issued at Rs. 90. Now the difference between the face value and issue price, that is Rs. 10, is termed as Discount which is also the earning for the investor.

Commercial Papers (CPs) is a short term unsecured promissory note, negotiable and transferable by endorsement and delivery with a fixed maturity period. It is issued by large and creditworthy companies to raise short-term funds at lower rates of interest than market rates.
Again a lot of technical terms, so let us first understand them.

Negotiability means that instruments can easily be transferred from one party to the other, provided all proper documentation is included.

Endorsement refers to the signing of a document which allows for the legal transfer of a negotiable instrument from one party to another.

Coupon refers to interest rate stated on the bond when issued.

As CPs is unsecured they are usually issued by companies having high credit ratings. If companies with low credit ratings will issue CPs buyers may not purchase it as company’s creditworthiness is low. A holder of CP can easily transfer it to another person just by signing it and delivering it to the person. CPs has fixed maturity periods ranging from 7 days to less than one year. CP is always issued at a discount to face value as may be determined by issuer.
In the end let’s just discuss an Interest bearing instrument.
Certificate of Deposits is unsecured, negotiable, short term instruments in bearer form, issued by commercial banks and development financial institutions.

Thus, CODs is used by banks to mobilize deposits from market at competitive interest rates.
So we come to an end of this discussion hoping the above information was helpful. We will discuss about the other instruments in the posts to come.
Posted by our guest author Priyanka

Priyanka Maheshwari, a student of The Institute of Company Secretary enjoys reading novels.

What are Your Sources for Cash Loans?

This site uses Akismet to reduce spam. Learn how your comment data is processed.